You are here: Home / Family / Delta blues and cornbread sticks… 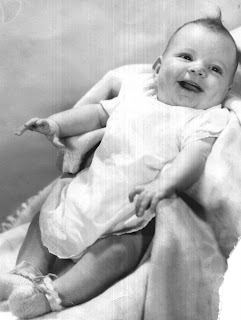 Perhaps it’s significant that I was born in the Delta of Mississippi, where the blues can be heard from the cotton fields to the Mississippi River. Music has always been such a part of my heart and soul. Granted, I’m thoughtful enough not to sing within anyone’s earshot, but when I’m alone, I can belt out a tune with the best of them and have more rhythm than one person should be entitled to. Along with a history of producing its share of the best blues artists in the world, the Delta has some of the richest, most fertile soil in the entire world; and – like the rest of the South – some of the most gracious people.

I was born the youngest of four daughters, to the most gentle, kind parents in the world. It was a poor time in the South as well as much of the rest of the country, but not long after my birth, my parents bought a small farm in the little nearby Delta town of Rena Lara. There, they had a variety of farm animals, a large vegetable garden and a cash crop of cotton. I truly wish I could actually remember that time, but I’ve heard the stories for so many years that, in my mind’s eye, I can picture it.

Evidently, the toddler in the photo loved the farm and was fearless. My sisters tell me that I would march into the barn insisting that the chickens “shoo”! I’d wander across the little country cove lane to a neighbor’s farm. Mrs. Hoke was famous for her cornbread sticks and I would ask for TWO of them (no wonder I had such chipmunk cheeks). As the stories go, I gave everyone a scare the day I wandered much too far from home…and they found me up to my ankles in the mud at a nearby farm. I had to laughingly ask them: wasn’t anyone watching me?! I believe, after that, my sisters were assigned the task of pulling me on top of the cotton sack as they were picking cotton! That’s probably where my freckles began…
Before I was three years of age, they had sold the farm and moved to Memphis. Somehow, there’s still a farmgirl deep inside of me…one who longs to have a big red barn, lots of farm animals and a yellow lab who never lets me out of her sight.
Previous Post: « My Southern Heart…Memories
Next Post: Summertime in Memphis 1950… »