You are here: Home / My Southern Heart / Our first home… 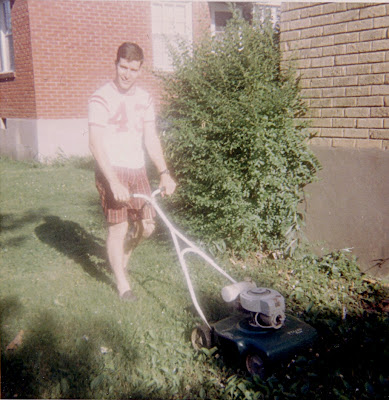 Our first home was a small, rented yellow brick duplex on a well-kept, tree-lined street. It was located about fifteen minutes from Memphis State where we were both students. It had newly refinished wood floors, a small living room, dining room, kitchen, 1 bedroom and 1 bathroom. There were plenty of windows which let in lots of light throughout.

What it didn’t have was a lot of furniture or the decorating expertise I’ve gathered all these years later. Don’t we always wish we’d known “then” what we know “now”.

Somehow, we’d inherited a used, ugly sofa sleeper that weighed a ton, and Bill made a large square table which held our tiny black & white television set. That was it for furniture in the living room. We laughed for years about that television, for it basically operated on a shoestring…literally. The TV would turn on and operated fine for a while…then the picture would start turning dark. Bill isolated the fuse or whatever in the back of the TV and attached a shoestring to it. When the picture started to turn dark, we’d pull the shoestring and wah-lah! The picture came back on! Years later, there would be televisions in several rooms of the house, but none that brought laughter like that one did.  For $35, we’d purchased a used, hardrock maple round table and four captain chairs for the dining room…all in surprisingly excellent condition. Thankfully, I’d brought my new bedroom furniture from home.

We didn’t realize, or couldn’t have cared less, that our little home was sparsely furnished. We were newlyweds and so happy to be together. We were college students and each working part-time. We would study at our dining room table together or at the MSU library. We’d have friends over or friends would have us over. It was a wonderful time…
Previous Post: « The beginning of a lifetime…
Next Post: My twenty-first birthday… »