One afternoon during my granddaughters’ recent visit, I was sitting at the dining room table with them. The table was covered with fabric, thread, patterns and my portable Singer sewing machine. I was teaching my eight and almost ten year old granddaughters the basics of sewing – how to find the grain of the fabric, the selvages, laying out and cutting a pattern and safely operating the sewing machine.

In the midst of all of this, I mentioned that I wish I’d had a grandmother to teach me to sew and bake as I love to teach my grandchildren. It surprised them to learn that I had not known my grandparents. My father’s parents died before I was born. My mother’s mother passed away on June 10, 1951 and her father on June 15, 1952. I was five and six years old at the time of their respective deaths. I don’t remember them. I don’t remember what I called them. As I was growing up, my three older sisters talked about them…about how truly kind and good they were. Sadly, I don’t have those memories. Consequently, all my life, I’ve been drawn to old people…kind, old people. Perhaps that’s one reason I love being a grandmother so much…I know that I’m making memories for MY grandchildren.

Perhaps this is also why I’m so interested in my family’s history. There are volumes of information and geneological history that I have collected thus far…my late sister Dorothy and I. I’ve loved finding nuggets of information during the course of searching through census records, ordering birth and death certificates and traveling to courthouses in several states.

I remember finding great++ grandparents…and realizing that had I been researching my family’s history earlier in my life, my children might have had different names! I loved many of the family names I found. Some, not so much. There was a “John Benjamin”, “Mahalley”, “Matilda Caroline”, “Octavia Caldonia” (with Caldonia, I knew her ancestors were from Scotland), “Silas”, “Samuel Edward” and “Emmarella” to name a few. 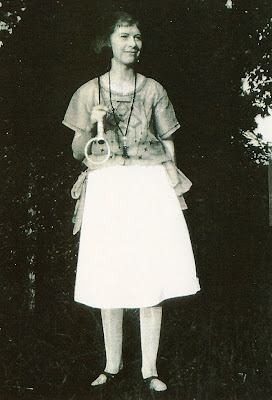 I love the above photo of Mama. She was about eighteen here I believe. 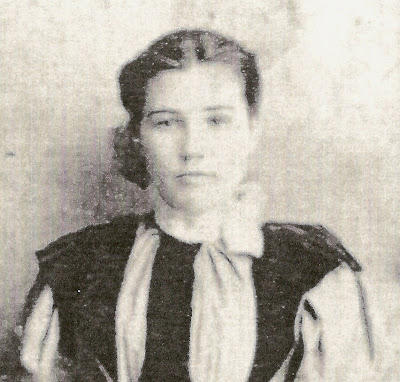 My maternal grandmother, Mama’s Mama…Modena Emmarella Seals Haney (1872-1951). She was most likely in her early twenties here.

I wonder what my sons would have thought about being named Benjamin and Samuel? And my daughter could have been Emma Caroline. Hmmm….