When my three sisters and I began our family history search ( inspired and instigated by my oldest sister Dot), we made several family history journeys…with so much laughter and fun as the four of us traveled together. Sometimes, my niece Sharon accompanied us and there was even more laughter. One of those trips was to Jackson, Mississippi, where we spent the day in the Mississippi archives. Another search took us to Pontotoc County, Mississippi, where Mama and Daddy were both born. There, we visited both the library and the dusty archives of the small town newspaper. Most of the articles were not on microfiche or anything more updated, so we searched through dozens of large leather-bound journals containing newspapers from many decades ago.

We would get so excited whenever we found an article about our family. One such article was written about Mama’s Fourth of July birthday party held at their home. From the date, they would not have been married very long. It described the menu (including homemade ice cream – or “cream” as Daddy called it. Year after year, there was a twofold celebration…Mama’s birthday and our nation’s independence.

As the years rolled by and we daughters were born, the celebration continued. As we grew up, got married and had families, the celebration continued. Every year, the family gathered for a picnic and cookout with all the trimmings in her honor. In later years, it was held at my oldest sister Dot’s house because she had a swimming pool. Memphis is hot in the summertime and the kids loved the pool. Dot would bake a large chocolate sheet cake with a hint of cinnamon and a delicious chocolate icing. Sometimes, she’d decorate the top. It was so very good. My mouth waters just remembering. With the cake, there would be homemade vanilla ice cream, usually my sister Gerry’s specialty. Before dessert, of course, there would be delicious grilled hamburgers, baked beans, potato salad and other wonderful dishes. In later years, we’d sometimes order Memphis barbeque at its best – from Corky’s.

These will always be my memories of the Fourth of July…my dear parents, my sisters, my precious family. I have no doubt they are celebrating in Heaven today. Happy Birthday, Mama…

Below: the McGregor girls at one of Mama’s Fourth of July birthday parties… Below: Dianne and Gerry at Mama’s 4th of July birthday party at Dot’s house. About 1990.

Below are just a few of the members of my large family. I need to dig through all my photos and scan the rest! I faithfully took my Pentax K1000 to every single function we had. Everybody teasingly complained then. Now, they are glad for a bit of history captured on film.
Below: My sister Gerry and my niece Sharon about 1982. Mama’s Fourth of July birthday party at Sharon’s house. 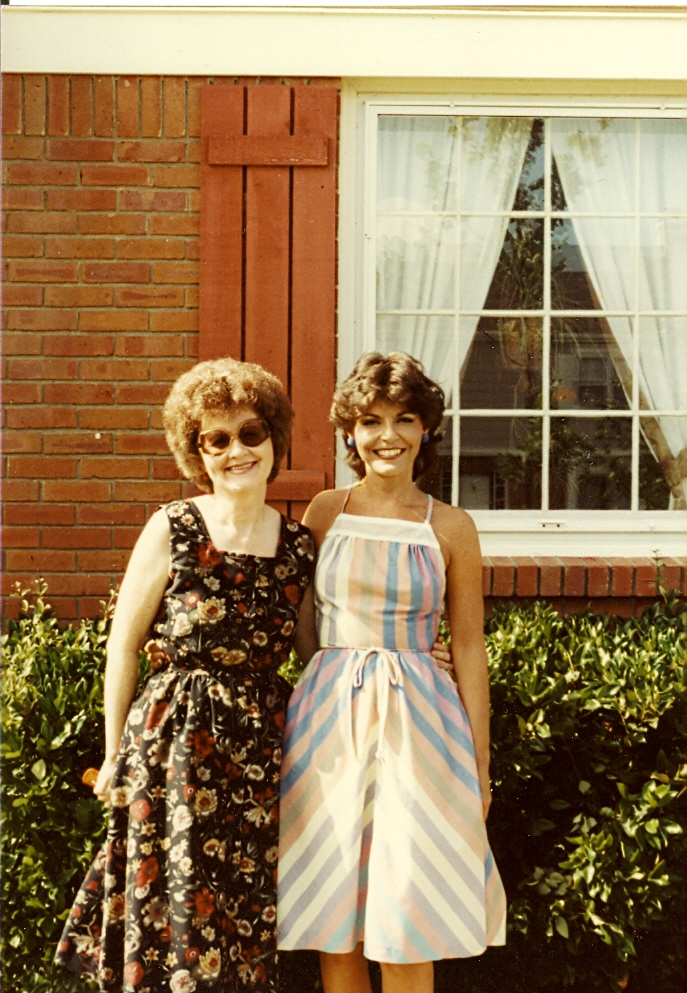 Below: my oldest, my great-niece Dawn and my niece Gina 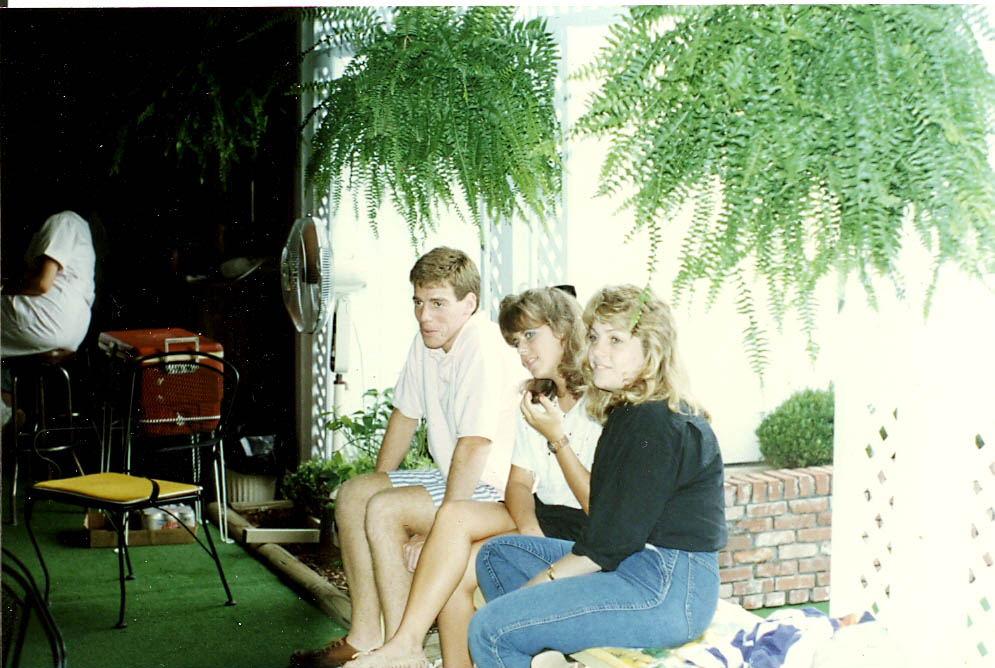 Below: my sister Dot and her husband Tom…late 80’s. 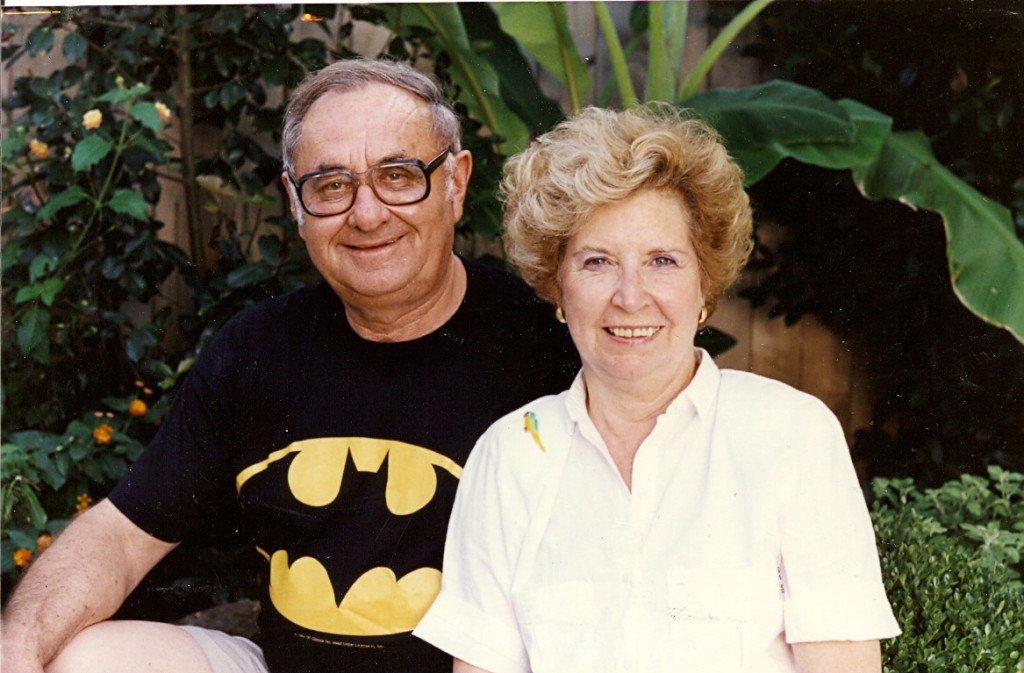 Below: my sister Eunice and her husband Eddie. Bill and me at a Fourth of July birthday party for Mama…late early 90’s. 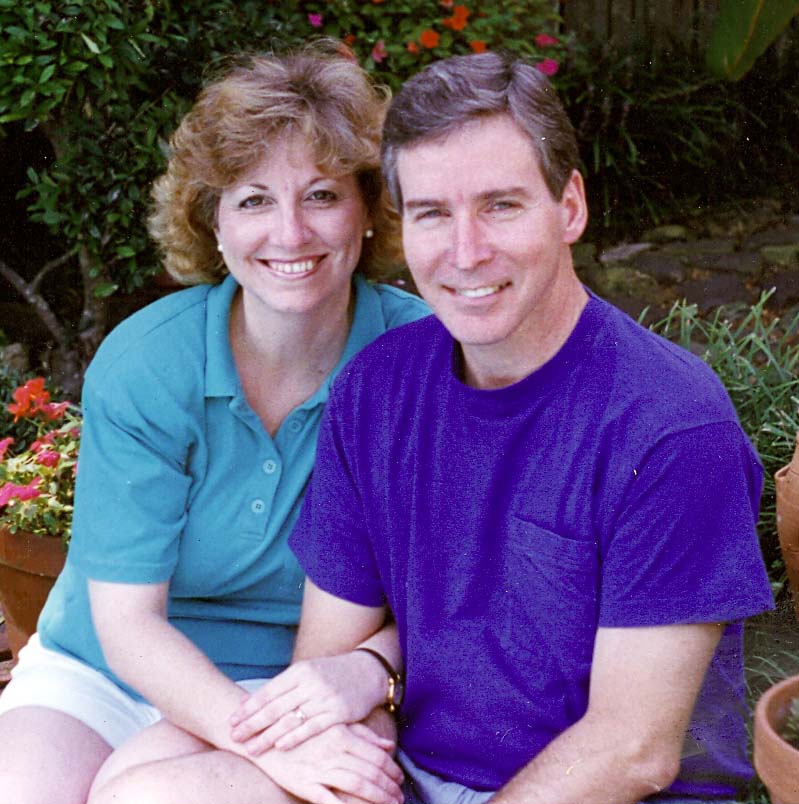 Below: my sister Gerry at another Fourth of July at Dot’s house… 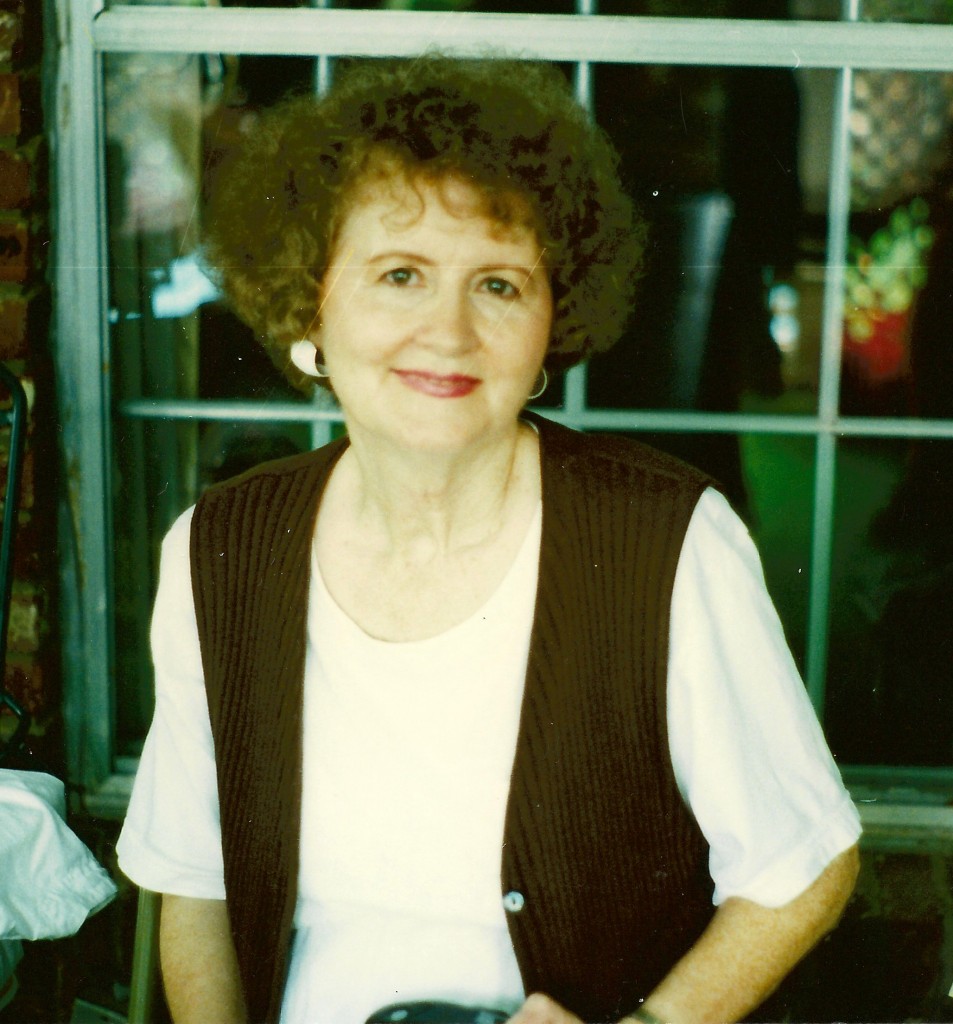 Below: three of my nieces at Dot’s house…late 80’s. Below: Mama’s Fourth of July birthday party at my niece Sharon’s house – about 1982.
My youngest is in the “firetruck” and my great-nephew is on his bike. 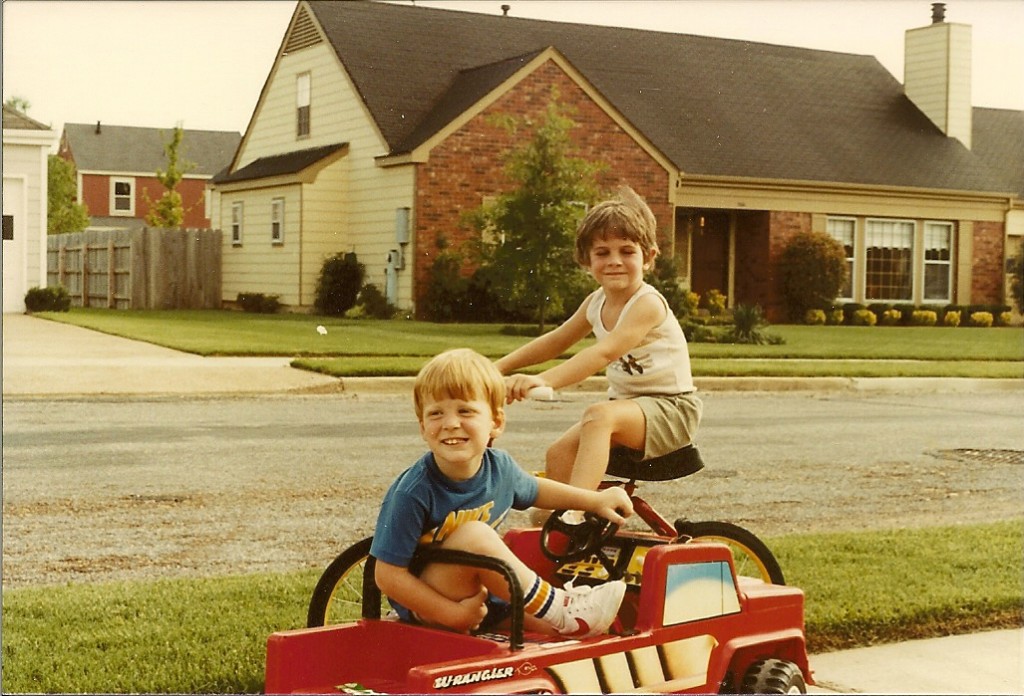 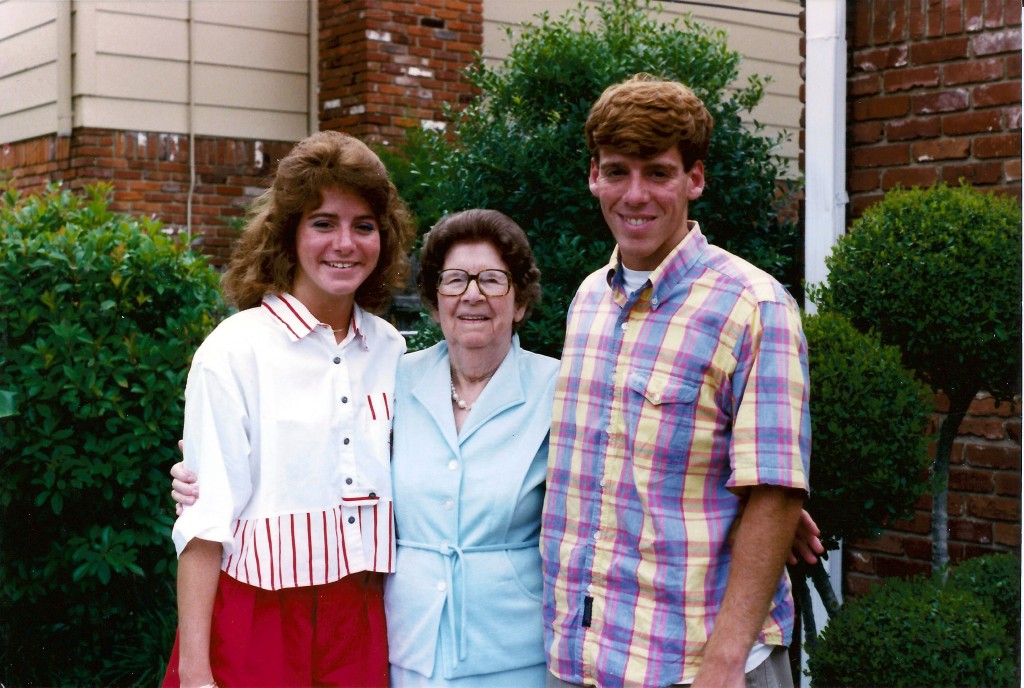 Below: my sister Gerry and her husband, my niece and her son (who is now in his third year of medical school!) 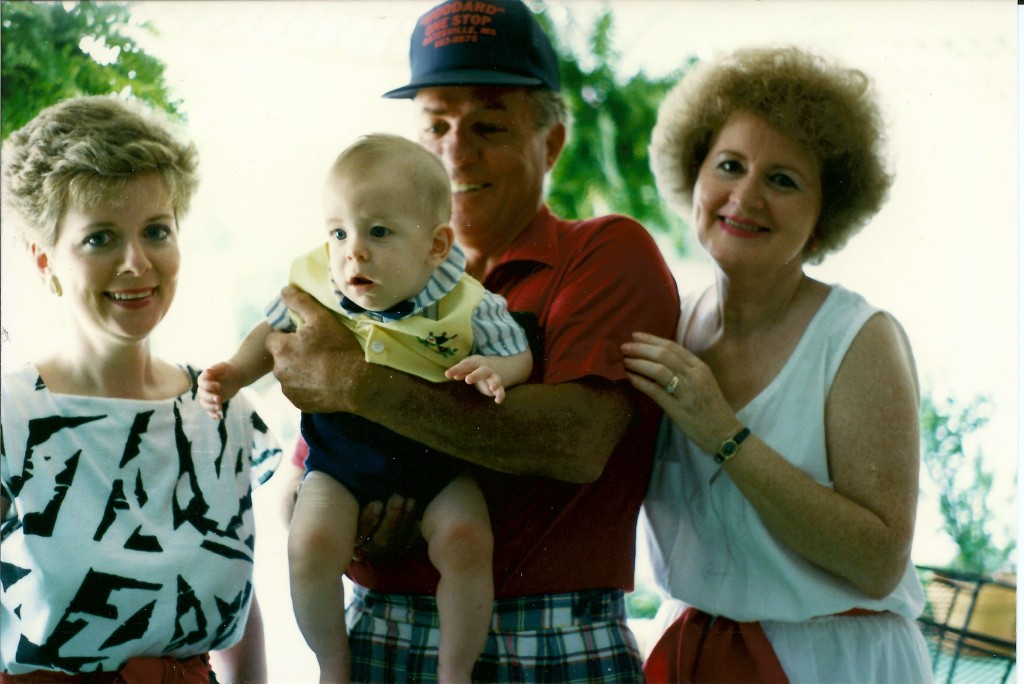 My niece…Gerry’s older daughter. I wish you could hear her play the piano… As published in Sweet Journey Home today…
Previous Post: « Fifty years ago and a convertible…
Next Post: A mystery in Scotland… »